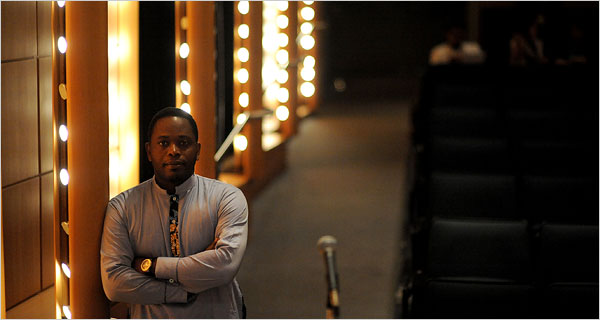 Royal Dutch Shell,
the big oil company, agreed to pay $15.5 million to settle a case
accusing it of taking part in human rights abuses in the Niger Delta in
the early 1990s, a striking sum given that the company has denied any
wrongdoing. 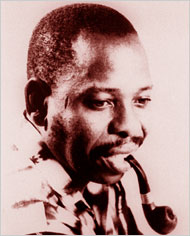 The Shell critic Ken Saro-Wiwa was hanged in 1995.

The settlement, announced late
Monday, came days before the start of a trial in New York that was
expected to reveal extensive details of Shell's activities in the Niger
Delta.

The announcement caps a protracted legal battle that began
shortly after the death of the Nigerian activist Ken Saro-Wiwa in 1995.
Mr. Saro-Wiwa, Shell's most prominent critic at the time in Nigeria,
was hanged by that country's military regime after protesting the
company's environmental practices in the oil-rich delta, especially in
his native Ogoni region.

Shell continued Monday to deny any
role in the death. It called the settlement a "humanitarian gesture"
meant to compensate the plaintiffs, including Mr. Saro-Wiwa's family,
for their loss and to cover a portion of their legal fees and costs.
Some of the money will go into an educational and social trust fund
intended to benefit the Ogoni people.

In a statement, the
company said the agreement "will provide funding for the trust and a
compassionate payment to the plaintiffs and the estates they represent
in recognition of the tragic turn of events in Ogoni land, even though
Shell had no part in the violence that took place."

"Shell has
always maintained the allegations were false," Malcolm Brinded, the
company's executive director for exploration and production, said in
the statement.

Shell said that the trust being set up is in
addition to the contribution to community development made by Shell-run
companies in the Niger Delta. According to Shell, these payments
totaled more than $240 million in 2008.

Ten plaintiffs, including
the son of Mr. Saro-Wiwa and his brother, accused Shell of seeking the
aid of the former Nigerian regime to silence the critic, as well as
paying soldiers who had carried out human rights abuses in the
impoverished region where it operated.

Mr. Saro-Wiwa, who founded
the Movement for the Survival of the Ogoni Peoples in 1990, was one of
Shell's most forceful critics because of the damage done to the delta
communities, including gas flaring and the destruction of mangroves to
make way for pipelines.

The Niger Delta continues to be marred
by violence and ethnic strife. Much of Shell's production in the delta
is still the target of militants seeking a larger share of the
country's oil wealth.

The prominent case involving Shell was the
latest to challenge the behavior of some of the world's biggest oil
companies in developing countries. Companies are increasingly being
called to account for their environmental record as well as any
collusion with repressive governments.

The suit was brought under
the Alien Tort Claims Act, an arcane United States law that has been
increasingly used for lawsuits asserting human rights violations
occurring overseas. The Supreme Court
ruled 6 to 3 in 2004 that foreigners could bring cases before American
courts in some limited circumstances, like crimes against humanity or
torture, and the courts have decided that a wide variety of defendants,
including multinational corporations, can be called to account. Royal
Dutch Shell is headquartered in the Netherlands.

So far, no corporation has been found guilty under the alien tort law. Last year, a jury cleared Chevron
of wrongdoing after it was accused of complicity in the shooting of
Nigerian villagers who occupied an offshore oil barge in 1998 to
protest its environmental record and hiring practices.

In 2004,
Unocal, a California oil company that was accused of using slave labor
in the construction of a pipeline in Burma during the 1990s, agreed to
compensate villagers there. The terms of that settlement were not made
public.

For the Nigerian plaintiffs and their lawyers, Shell's
settlement, including publication of the sum involved, is a significant
victory. Companies commonly demand that details of such settlements be
kept secret, for fear of setting precedents.

"It has been a
really long struggle," said Jennie Greene, a lawyer with the Center for
Constitutional Rights, which brought the case on behalf of the
plaintiffs. "But this shows that corporations cannot act without
accountability."

Ken Saro-Wiwa Jr., the son of the slain rights advocate, was also satisfied with the outcome.

"We
hope this sends a signal," he said in a telephone interview from
London. "It's a relief also that we've been able to draw a line over
the past. And from a legal perspective, this historic case means that
corporations will have to be much more careful."