Top military officials have continued to rely on a secret network of private spies who have
produced hundreds of reports from deep inside Afghanistan
and Pakistan,
according to American officials and businessmen, despite concerns among
some in the military about the legality of the operation.

Earlier this year, government officials admitted that the military had
sent a group of former Central Intelligence Agency officers and retired
Special Operations troops into the region to collect information - some
of which was used to track and kill people suspected of being
militants. Many portrayed it as a rogue operation that had been hastily
shut down once an investigation began. 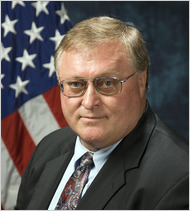 Michael D. Furlong, the supervisor who set up the
contractor network, is now under investigation.

But interviews with more than a dozen current and former government
officials and businessmen, and an examination of government documents,
tell a different a story. Not only are the networks still operating,
their detailed reports on subjects like the workings of the Taliban
leadership in Pakistan and the movements of enemy fighters in southern
Afghanistan are also submitted almost daily to top commanders and have
become an important source of intelligence.

The American military is largely prohibited from operating inside
Pakistan. And under Pentagon rules, the army is not allowed to hire
contractors for spying.

Military officials said that when Gen. David
H. Petraeus, the top commander in the region, signed off on the
operation in January 2009, there were prohibitions against intelligence
gathering, including hiring agents to provide information about enemy
positions in Pakistan. The contractors were supposed to provide only
broad information about the political and tribal dynamics in the
region, and information that could be used for "force protection," they
said.

Some Pentagon officials said that over time the operation appeared to
morph into traditional spying activities. And they pointed out that the
supervisor who set up the contractor network, Michael
D. Furlong, was now under investigation.

But a review of the program by The New York Times found that Mr.
Furlong's operatives were still providing information using the same
intelligence gathering methods as before. The contractors were still
being paid under a $22 million contract, the review shows, managed by
Lockheed Martin and supervised by the Pentagon office in charge of
special operations policy.

Geoff Morrell, the Pentagon press secretary, said that the program
"remains under investigation by multiple offices within the Defense
Department," so it would be inappropriate to answer specific questions
about who approved the operation or why it continues.

"I assure you we are committed to determining if any laws were broken or
policies violated," he said. Spokesmen for General Petraeus and Gen.
Stanley A. McChrystal, the top American commander in Afghanistan,
declined to comment. Mr. Furlong remains at his job, working as a senior
civilian Air Force official.

A senior defense official said that the Pentagon decided just recently
not to renew the contract, which expires at the end of May. While the
Pentagon declined to discuss the program, it appears that commanders in
the field are in no rush to shut it down because some of the information
has been highly valuable, particularly in protecting troops against
enemy attacks.

With the wars in Iraq and Afghanistan, the expanded role of contractors
on the battlefield - from interrogating prisoners to hunting terrorism
suspects - has raised questions about whether the United States has
outsourced some of its most secretive and important operations to a
private army many fear is largely unaccountable. The C.I.A. has relied
extensively on contractors in recent years to carry out missions in war
zones.

The exposure of the spying network also reveals tensions between the
Pentagon and the C.I.A., which itself is running a covert war across the
border in Pakistan. In December, a cable from the C.I.A.'s station
chief in Kabul, Afghanistan, to the Pentagon argued that the military's
hiring of its own spies could have disastrous consequences, with various
networks possibly colliding with one another.

The memo also said that Mr. Furlong had a history of delving into
outlandish intelligence schemes, including an episode in 2008, when
American officials expelled him from Prague for trying to clandestinely
set up computer servers for propaganda operations. Some officials say
they believe that the C.I.A. is trying to scuttle the operation to
protect its own turf, and that the spy agency has been embarrassed
because the contractors are outperforming C.I.A. operatives.

The private contractor network was born in part out of frustration with
the C.I.A. and the military intelligence apparatus. There was a belief
by some officers that the C.I.A. was too risk averse, too reliant on
Pakistan's spy service and seldom able to provide the military with
timely information to protect American troops. In addition, the military
has complained that it is not technically allowed to operate in
Pakistan, whose government is willing to look the other way and allow
C.I.A. spying but not the presence of foreign troops.

"There's no daylight at all on this between C.I.A. and DoD," he said.
"It's an issue for Defense to look into - it involves their people,
after all - and that's exactly what they're doing."

Since the Sept. 11, 2001, attacks, the Pentagon has used broad
interpretations of its authorities to expand military intelligence
operations, including sending Special Operations troops on clandestine
missions far from declared war zones. These missions have raised
concerns in Washington that the Pentagon is running de facto covert
actions without proper White House authority and with little oversight
from the elaborate system of Congressional committees and internal
controls intended to prevent abuses in intelligence gathering.

The officials say the contractors' reports are delivered via an
encrypted e-mail service to an "information operations fusion cell,"
located at the military base at Kabul International Airport. There, they
are fed into classified military computer networks, then used for
future military operations or intelligence reports.

To skirt military restrictions on intelligence gathering, information
the contractors gather in eastern Afghanistan and Pakistan's tribal
areas is specifically labeled "atmospheric collection": information
about the workings of militant groups in Afghanistan and Pakistan or
about Afghan tribal structures. The boundaries separating "atmospherics"
from what spies gather is murky. It is generally considered illegal for
the military to run organized operations aimed at penetrating enemy
organizations with covert agents.

But defense officials with knowledge of the program said that
contractors themselves regarded the contract as permission to spy.
Several weeks ago, one of the contractors reported on Taliban militants
massing near American military bases east of Kandahar. Not long
afterward, Apache gunships arrived at the scene to disperse and kill the
militants.

The web of private businesses working under the Lockheed contract
include Strategic Influence Alternatives, American International
Security Corporation and International Media Ventures, a communications
company based in St. Petersburg, Fla., with Czech ownership.

One of the companies employs a network of Americans, Afghans and
Pakistanis run by Duane Clarridge, a C.I.A. veteran who became famous
for his role in the Iran-Contra scandal. Mr. Clarridge declined to be
interviewed.

The Times is withholding some information about the contractor network,
including some of the names of agents working in Afghanistan and
Pakistan.

A spokesman for Lockheed said that no Pentagon officials had raised any
concerns about the work.

"We believe our subcontractors are effectively performing the work
required of them under the terms of this task order," said Tom Casey,
the spokesman. "We've not received any information indicating
otherwise." Lockheed is not involved in the information gathering, but
rather administers the contract.

The specifics of the investigation into Mr. Furlong are unclear.
Pentagon officials have said that the Defense Department's inspector
general is examining possible contract fraud and financial mismanagement
dating from last year.

In his only media interview since details of the operation were
revealed, with The San Antonio Express-News, Mr. Furlong said that all
of his work had been blessed by senior commanders. In that interview, he
declined to provide further details.

Officials said that the tussle over the intelligence operations dated
from at least 2008, when some generals in Afghanistan grew angry at what
they saw as a paucity of intelligence about the militant groups in
Pakistan and Afghanistan who were regularly attacking American troops.

In October of that year, Mr. Furlong traveled to C.I.A. headquarters
with top Pentagon officials, including Brig. Gen. Robert H. Holmes, then
the deputy operations officer at United States Central Command. General
Holmes has since retired and is now an executive at one of the
subcontractors, International Media Ventures. The meeting at the
C.I.A.'s counterterrorism center was set up to inform the spy agency
about the military's plans to collect "atmospheric information" about
Afghanistan and Pakistan, including information about the structure of
militant networks in Pakistan's tribal areas.

Mr. Furlong was testing the sometimes muddy laws governing traditional
military activities. A former Army officer who sometimes referred to
himself as "the king of the gray areas," Mr. Furlong played a role in
many of America's recent adventures abroad. He ran psychological
operations missions in the Balkans, worked at a television network in
Iraq, now defunct, that was sponsored by the American government and
made frequent trips to Kabul, Eastern Europe and the Middle East in
recent years to help run a number of clandestine military propaganda
operations.

At the C.I.A. meeting in 2008, the atmosphere quickly deteriorated,
according to some in attendance, because C.I.A. officials were
immediately suspicious that the plans amounted to a back-door spying
operation.

In general, according to one American official, intelligence operatives
are nervous about the notion of "private citizens running around a war
zone, trying to collect intelligence that wasn't properly vetted for
operations that weren't properly coordinated."

Shortly afterward, in a legal opinion stamped "Secret," lawyers at the
military's Centcom headquarters in Tampa, Fla., signed off on a version
of Mr. Furlong's proposed operations, adding specific language that the
program should not carry out "inherent intelligence activities." In
January 2009, General Petraeus wrote a letter endorsing the proposed
operations, which had been requested by Gen. David
D. McKiernan, the top commander in Afghanistan at the time.

What happened after that money began flowing to Afghanistan remains a
matter of dispute. General McKiernan said in an interview with The Times
that he never endorsed hiring private contractors specifically for
intelligence gathering.

Instead, he said, he was interested in gaining "atmospherics" from the
contractors to help him and his commanders understand the complex
cultural and political makeup of the region.

"It could give us a better understanding of the rural areas, of what
people there saying, what they were expressing as their needs, and their
concerns," he said.

"It was not intelligence for manhunts," he said. "That was clearly not
it, and we agreed that's not what this was about."

To his mind, he said, intelligence is specific information that could be
used for attacks on militants in Afghanistan.

General McKiernan said he had endorsed a reporting and research network
in Afghanistan and Pakistan pitched to him a year earlier by Robert
Young Pelton, a writer and chronicler of the world's danger spots, and
Eason Jordan, a former CNN executive. The project, called AfPax Insider,
would have been used a subscription-based Web site, but also a secure
information database that only the military could access.

But Mr. Pelton said that AfPax did receive reimbursement from
International Media Ventures, one of the companies hired for Mr.
Furlong's operation. He said that he was never told that I.M.V. was
doing clandestine work for the government.

It was several months later, during the summer of 2009, when officials
said that the private contractor network using Mr. Clarridge and other
former C.I.A. and Special Operations troops was established. Mr.
Furlong, according to several former colleagues, believed that Mr.
Pelton and Mr. Jordan had failed to deliver on their promises, and that
the new team could finally carry out the program first envisioned by
General McKiernan. The contractor network assumed a cloak-and-dagger
air, with the information reports stripped of anything that might reveal
sources' identities, and the collectors were assigned code names and
numbers.